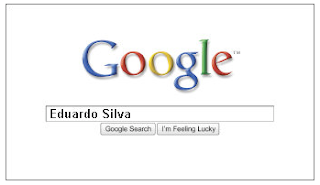 This page will be completed soon. You can see places where I've lived in my Couch Surfing profile:
Places where I've traveled are also in my Couchsurfing profile. Places where I've worked are available in my professional website at EdSilva.us. You'll see references to ESMS (my acronym) and "Eduardo Machado" (as well as "Eduardo Silva", which is easier for English speakers). Since I returned to the US in 2008 I started using my first and last names only. I gave up my Hi5, Plaxos and MySpace accounts, my profiles are incomplete there. I'm struggling trying to keep Google Orkut up (by 2010 it was still a huge social network tool in Brazil [2011 update: Google is all about Google+]). Oh yeah, I've got a Twitter too, but no time to update or even follow someone. That's the technology trade-off.
Most of my relatives came from Rio Grande do Sul, the southern most state in Brazil. There are some living in the US and Portugal though.
As someone who has lived in many places, I have always been regarded as a "stranger". In São Paulo I was considered American, in Brasilia I was Paulista (as they call who is from São Paulo). In Campinas they called me "Candango" (someone from Brasilia). In Floripa I was called Paulista. In the US? Guess what... Brazilian! I define myself Terran.
I'm now trying to find old friends from childhood. I've studied at "Escola Dinâmica" while living in São José dos Campos, São Paulo state. I swam in Associação Esportiva São José (AESJ). When I moved out to Brasília I swam for "Academia Stadium 8" and "DEFER". I studied in Colégio Marista de Brasília (primeiro e segundo grau, junior and high school). I played transversal flute in the junior high school Orchestra. Then I moved out to Campinas where I got my Computer Engineer degree. Fewer years later I moved out again to Florianópolis where I took the Master in Electrical Engineering program at Federal University of Santa Catarina (UFSC). In Floripa (short for Florianópolis) I've learned surfing and took Yoga classes for many years. I've worked with TCP/IP Networks, Information Security and Systems Development. In 2008 I decided to come back to the US to work and study.
Last but not least, you can Google me. Use my full name between double quotes, "Eduardo Souza Machado da Silva", not only "Eduardo Silva" as shown in the picture above. As you have probably noticed, "Silva" is one of the most frequently used surname in Brazil.
Posted by edu@havai.us at 04:35